The Glittering lanes of Moradabad 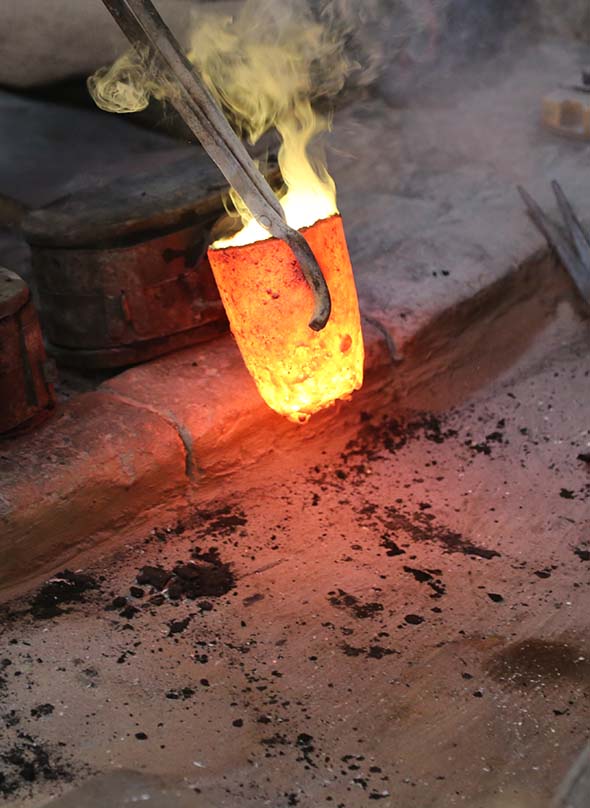 About four hours on road from the capital of India-New Delhilies the Northern State of spirituality - “Uttar Pradesh”. The populous region with over 200 million inhabitants is abundant of temples, ghats, shrines, mosques and monasteries. Sun shines every morning with the chime of temple bells and every dawn falls with the sound of Azaan from the mosque. 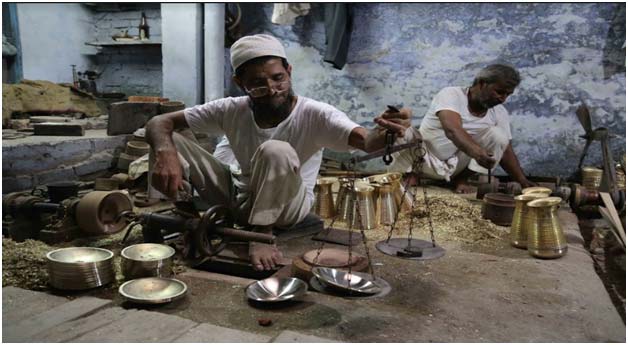 Ruled by the Mughals for over two centuries, UP has a flourishing array of age-old arts and crafts behind its rich history. The extravagant taste and appreciation of the art and crafts by the Nawabs has furthermore advanced the craftsmanship of the state. From Chikankari of Lucknow and Brocadeof Varanasi to Glassworkof Ferozabad, the region is full of handmade, handloom andhandcrafted treasures of the past, prevalent even in the present day.

On the banks of the river Ramganga in Uttar Pradesh lies a small city of art haven known world over for its brass work- Moradabad. Popularly known as the "brass city" or "peetalnagri" of the country. The industrial city and export hub accounts for more than 40% of handicraft exports from India to numerous countries like USA, Britain, Germany, UAE and Canada.

Evidence of usage of brass - a metallic alloy of copper and zinc can be found in India since ancient times. It is said to be first produced in the country way back in First Century BC and eventually came to be utilized in making sculptures, idols, tools etc. Generations of families in Moradabad are devoted towards the craft of hand carving this ancient alloy and have been working on "peetalkinaqashi" for centuries now. The brassware industry in the region flourished enormously during the early 19th century with about 40,000 artisans involved in the making of products for home ware, jewelry, trophies and sculptures.

In the glittering lanes of the city market, PeetalMandi, you can find brass in any shape, size or form. The city is home to a cluster of craftsmen, whose hands create magic in the form of trays, plates, lamps, sculptures and much more.Each of these items have been created with utmost precision and have gone through processes of casting, molding, welding, etching, carving, engraving and finishing undertaken by these artisans who have inherited the craft from their forefathers.

The process begins with the technique of casting to transform the molten metal into desired shapes with the help of a mold. The product then moves to the hands of Naqash or engraver who then engraves intricate designs and patterns, earlier traced on the objects. The ultimate stage involves finishing through different methods and techniques according to the design of the product. 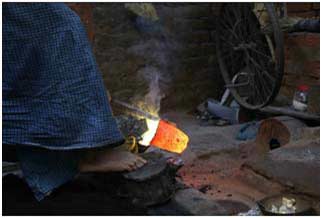 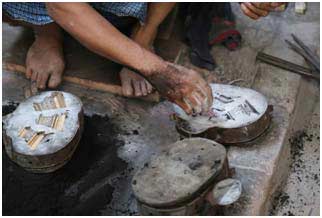 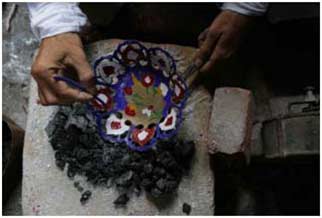 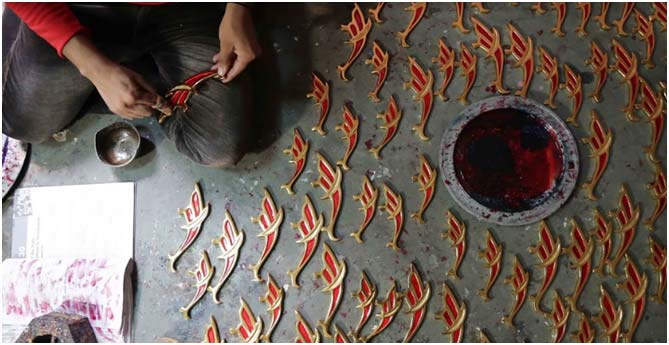 Usually, the articles are lightly heated and treated with solutions to achieve a black finish in contrast to the silver engraving. Other times, enameling or rang bharai is performed with the aid of lac to add color in the designs. (Seen here enameling being done using a heated enameling stick or batti)

These unique and intrinsic brassware items take several craft process and numerous hands to complete. Each article undergoes six to seven major processes in order to give them the form that we buy them in. A single piece of simple brass home ware can take up to 20 hands to complete, some of which require utmost precision and knowledge of the craft, like the hands of the Khar- the smith, Naqash - the engraver, Zarcod- the gilder, the enameller and Charakgar- the finisher.

These products are exported globally and have been accounting to crores of turnover until few years back. We, at Fanusta, have sourced a variety of brass and aluminum products from Moradabad, some of them being brass platters and bowls, aluminum and brass vases, decorative wall panels, brass boxes, brass glassware as well as MDF trays, etc.

The city that once was filled with light and glitter from its brass industry is gradually losing the shine of its traditional craft form. With the increasing cost of raw materials and fluctuating market demands, labor cost for artisans are being decreased to match the competitively priced market.

A cluster of Moradabad brass artists have been affected hugely because of the market inconsistency and are finding it difficult to make ends meet by taking forward this heritage art form. One of the most efficient artists working in the brassware industry, Mr. Mobin Hussain too has been affected with this shift in the market. With numerous number of state and national level awards wins, the craftsman knows his craft the best and nothing better.